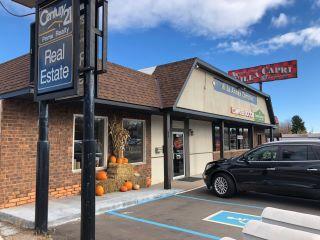 Single Family Detached - 360 Acre Voelker Lakes Legacy Parcel! Motivated Seller! This Upper Peninsula of Michigan property is located in the Voelker Plains, in Tilden Township, in central Marquette County. This property is named for the Voelker Family. One family member, John D. Voelker, is something of a legend in Michigan s Upper Peninsula. A native of Ishpeming and a graduate of Northern Michigan University, he earned his Juris Doctor degree from the University of Michigan Law School. After law school he spent several years in Marquette as an Assistant Prosecutor. He moved to Chicago, and while there began writing stories about the U.P., which he dearly missed. Later appointed a Michigan Supreme Court Justice, he wrote several novels under the pseudonym, Robert Traver. He was an internationally acclaimed author of award-winning classics such as Trout Madness, Trout Magic, and his most famous novel, Anatomy of a Murder. This novel was based upon a case he defended, People v. Peterson, and was originally published in 1958. It turned into an Academy Award winning movie, Anatomy of a Murder a year later. Directed by Otto Preminger the movie starred Jimmy Stewart, Lee Remick, Ben Gazzara, Eve Arden, Arthur O'Connell, Duke Ellington, and George C. Scott. After 1960 Voelker retired to continue writing, fly fishing, and playing cribbage. John Voelker had a passion for fishing, and was a fly fishing icon and loved the Upper Peninsula's scenic forests and glacial ponds. Voelker had a source for legal sized brook trout and regularly stocked some of his favorite lakes with them. It is rumored that while he was taking afternoon naps the local children would sneak onto the lakes to fish for his prized trout... and the rumor continues that he paid these local poachers a Nickel-A-Day not to fish for them. Voelker Lake is considered a "Young Water" lake, because it is filled with water that originates at the top of the watershed in this area. About 20-Acres in size, it is surrounded by beautiful oak, aspen, maple, tamarack, spruce, and towering White and Red pine. At the south end of the lake is the historic Voelker Cabin site. The original cabin was thought to be built in the late 1800s. It burned down over eighty years ago, and an old Horse Barn was then converted into a bunk house. The dove-tailed logs have the traditional adzed look, and are chinked with cement. There is a separate wood sauna, and a privy also located here. At the south end of the property is Little (or East) Voelker Lake, which is 13.7-Acres in size, and another large pond, and several smaller beaver ponds. The 360-Acre property has thousands of acres of the Escanaba River State Forest Lands along its entire western and southern border, for walk-in access for hunting, trapping, and fishing. About a half-mile north of Voelker Lake is access through the State Lands, to the Middle Branch of the Escanaba River This branch is groundwater-fed, cold and with suitable substrate for natural fish reproduction. The Escanaba River drains more than 900 square miles of remote forests and is one of the Upper Peninsula s largest river systems with many miles of flotable water. A tributary of this river also crosses the property being offered for sale. Located in the Voelker Plains, this parcel has a varied terrain that provides lakes, ponds, rivers, hardwood forests, some open pine plains and many miles of good woods trails throughout - It would be an excellent property for a private Fish-Hunt Club. Contact us for your private tour today! MLS# 1119532
MLS # 6356
Courtesy Of Great Lakes and Land Real Estate Co., Inc.

Demographics
Weather (in Degrees Fahrenheit)
Visit Area Info Page
An Equal Opportunity Company
Copyright © 2020 LandLeader. All rights reserved. All information provided by the listing agent/broker is deemed reliable but is not guaranteed and should be independently verified. Information being provided is for consumers' personal, non-commercial use and may not be used for any purpose other than to identify prospective properties consumers may be interested in purchasing.

Community information and market data Powered by Onboard Informatics. Copyright ©2016 Onboard Informatics. Information is deemed reliable but not guaranteed.
Sources: Maponics, LLC and Onboard Informatics ©2016. School Performance data by SchoolDigger.com. School Review data by Niche.com. This information is provided for general informational purposes only and should not be relied on in making any home-buying decisions. School information does not guarantee enrollment. Contact a local real estate professional or the school district(s) for current information on schools. This information is not intended for use in determining a person's eligibility to attend a school or to use or benefit from other city, town or local services.
† Based on a 30-year fixed rate of 3.38% with 20% down. The estimated payment is offered for convenience and is not an offer of credit. Due to market fluctuations, interest rates are subject to change at any time and without notice. Interest rates are also subject to credit and property approval based on secondary market guidelines. The rates shown are based on average rates for our best qualified customers. Your individual rate may vary. Rates may differ for FHA, VA or jumbo loans.
CENTURY 21 Real Estate › Michigan › Ishpeming, Mi › 49849 › TBD Voelker Lake Rd