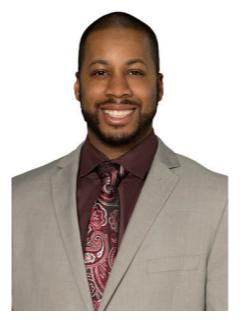 Arron was born and raised in Philadelphia PA where nothing comes easy. His father was the owner of Carr's Deli where he and his staff were well known for making delicious cheese steaks and hoagies. He also sold groceries out of the store. Watching him run his business in the 80's gave Arron a desire as a kid to one day become an entrepreneur. However, for just shy of 20 years he took the route of working mainly just 3 jobs.

Starting as a dishwasher at the age of 16 at a retirement home to working at a small fruit and produce warehouse to working at Costco Wholesale just short of 14 years. He is grateful for all three places that gave him the opportunity to learn the value of hard work, responsibility and accountability. In 2014 right before Arron's father passed away, he was blessed to be able to tell his father "Dad i am going into business" just like he had always told him to.

Arron got his license in 2015 and his career really started taking off when he had the privilege to work alongside and learn from Jonathan Harper, a highly successful agent who is one of the best in the industry. More importantly just a good man who's first intent is always to do the right thing like himself. They have been able to make many families and individuals dreams and needs come true here in Pierce and King County. What this means for you is that here at Century 21 and our unmatched resources, Arron is well equipped with the necessary experience and knowledge companied with compassion and desire second to none to provide you with exceptional customer service.

He is ready to see you reach your real estate goals and needs. Let's create a great story for you!