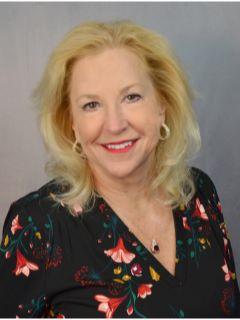 I have 38 years experience in the fantastic career of Real Estate. My experience in real estate expands from Commercial Property Management to commercial acquisitions and sales. I was a Sales Trainer and Regional Supervisor with Henry S. Miller in Dallas Texas from 1982- 1995. In 1995 I went with AHM Foundation and Northstar Development where I was involved in overseeing the Marketing for new construction projects, which I loved being involved with the whole process of that part of Real Estate.

In 1998 I was transferred to Tampa to continue the New Construction process in New Tampa. My Husband and I were thrilled to move to Tampa because we are sailors and Tampa Bay has amazing sailing almost 365 days a year.

In 2002 I joined Century 21 Beggins and did a 5 year plan in 2002 when I started that included managing an office for Century 21 Beggins. I became a top producer in 2003 for almost 5 years in the Apollo Beach office and in December of 2006 one of my goals was achieved I started managing the Sun City Center office.

Through my years in real estate I have trained, mentored and managed thousands of agents and I love watching people grow into top producers and change their lives forever through Real Estate. It is one of the most rewarding things I have done and can do with my life.

My educational background is two years at Broward Community College in Ft. Lauderdale, Florida and then I moved to Texas in 1976 and continued my education in 1977 and graduated from University on Texas in San Antonio in 1979 with a degree in Business Administration.

I also opened and co-owned two Computer Stores in Arlington and North Richland Hills Texas from 1985-1992. That is where I learned to become a "tech" and bring computers into the real estate company I worked for.

I am very proud to be part of such a wonderful company as Century 21 Beggins Enterprises that is growing and expanding, and is now the # 1 Real Estate Company in the Southeastern United States, # 16 in the United States and # 21 in the World. The Sun City Center office has achieved many outstanding awards.

2 Ratings How is this calculated?
After the client and agent affiliated with CENTURY 21® Real Estate complete a transaction, the client may be asked to provide feedback to help the CENTURY 21 System and sales professionals continuously improve. The affiliated agent's Overall Rating is an average of all ratings the agent has received. The specific survey responses shown were selected by the agent and were authorized by the client for display purposes.
Locations Served:
Contact Agent