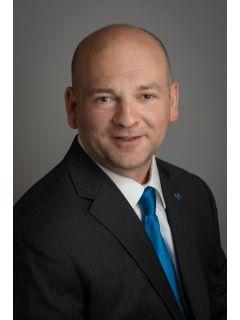 Eric moved to Western New York in 2001 and has called the area home ever since, excluding 1½ years spent in Texas. Originally from Central New York, he has also lived in Pennsylvania and Connecticut. He earned a Master's degree in Education and works at the University at Buffalo. He has served his community in Niagara County as a volunteer firefighter and EMT and also finds time for other community service opportunities, such as the Western NY Food Bank, Buffalo Marathon, etc. He is also a drummer and enjoys playing (and listening to) live music. In addition to music, his hobbies include baseball and history. He lives in Niagara County with his family, and has also lived in Amherst and Orchard Park. Eric is proficient in Spanish and French (and knows some basics in several other languages such as Chinese, German, Japanese and Korean), greatly values diversity, and would be very happy to assist you with finding your new home or selling your current home.