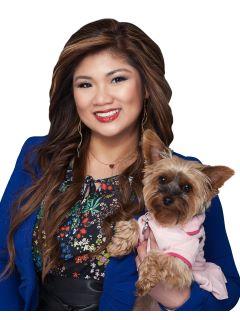 Fiona grew up in the Philippines and moved frequently growing up. She traveled with her parents who were both agriculturists. After college, she worked in television production which exposed her to people from different walks of life. She moved back and forth between Tokyo and Manila from 1991 to 1998. When Fiona was 15, she spent the next 3 years performing with a show choir and traveled internationally representing the university as goodwill ambassadors.

Fiona graduated with a Bachelor's degree in Mass Communications then worked in a major Filipino network in the TV news production starting as a P.A. She then became a Researcher and next worked as a Producer & Writer. Fiona loves the performing arts and the crazy world of show business where she worked with and became friends with famous people.

After her family moved to the US in 2003, Fiona worked for a short time at the Filipino Channel (TFC) then became a loan processor and eventually Training and Escrow Coordinator for Coldwell Banker Peninsula. This position helped her learn the ropes in the business and inspired her to become a real estate professional. Fiona got her real estate license in 2005 and became a Top Producer at Coldwell Banker Peninsula on her first year. As a full-service Realtor, she has detailed Listing Presentations and free market analyses getting sellers the highest possible price for their homes and the best deals for buyers - her extensive knowledge in the multi-media industry and various detailed marketing strategies have yielded outstanding results as well as praises even from her colleagues!

Since then, she has been a top-producing Realtor in the San Francisco Bay Area each year. She conducts free Homebuyers' seminars and has since educated and helped individuals, couples & families into their first homes or investment properties as well as people who are relocating. She has vast experience & knowledge on short sales and foreclosures. Between 2008-2013 alone, she has listed and sold 30 short sale listings.

Fiona has a 6-year-old, toy breed Yorkie named Jazzy who goes with her everywhere - to work, to visit family in the east coast, riding a hot air balloon and even movies! She enjoys traveling, film, music and television production and learning about different cultures.