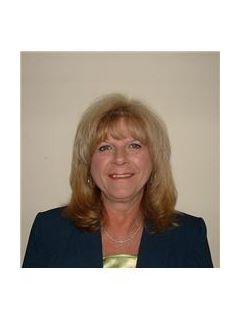 Judy Tubolino began her Real Estate career in 1985 with a Real Estate office in the resort community of Alexandria Bay NY. As one of the top salespeople she earned trips to Jamaica and Antigua and was awarded membership in the Million Dollar Club. After working as a Salesperson for 4 years she took her Brokers course and became a licensed Associate Broker. Shortly thereafter in 1990, her current broker purchased a CENTURY 21 franchise for the Alexandria Bay office. Judy was promoted to Office Manager. The office had 3 branch offices with one in Potsdam, Ogdensburg and Watertown. Along with the branch office managers she attended the CENTURY 21 Management Academy in Rochester NY. One of Judy's attributes is a "no pressure" approach. She has never convinced anyone to buy or sell a home if they didn't feel comfortable doing so. Honesty and fairness is a must. Many of the rules and regulations have changed and evolved since 1985. Keeping up with those changes is a necessity. Judy has worked selling real estate on the St. Lawrence River from Cape Vincent to Ogdensburg and on the Indian River Lakes in and around Theresa and Redwood and Lake Ontario from Cape Vincent to Henderson Harbor and beyond. Residential sales have been in St. Lawrence, Jefferson , Lewis and Oswego counties. Judy has enjoyed working with people from all walks of life, retirees, new home owners, military families and repeat buyers and sellers. Even though most days are spent managing the office, she is available to list and show homes most anytime. She welcomes your call!

4 Ratings How is this calculated?
After the client and agent affiliated with CENTURY 21® Real Estate complete a transaction, the client may be asked to provide feedback to help the CENTURY 21 System and sales professionals continuously improve. The affiliated agent's Overall Rating is an average of all ratings the agent has received. The specific survey responses shown were selected by the agent and were authorized by the client for display purposes.
Locations Served:
Contact Office