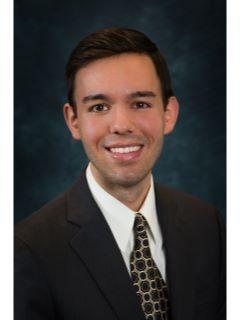 11 Ratings How is this calculated?
After the client and agent affiliated with CENTURY 21® Real Estate complete a transaction, the client may be asked to provide feedback to help the CENTURY 21 System and sales professionals continuously improve. The affiliated agent's Overall Rating is an average of all ratings the agent has received. The specific survey responses shown were selected by the agent and were authorized by the client for display purposes.
Locations Served:
Contact Agent

11 Ratings
After the client and agent affiliated with CENTURY 21® Real Estate complete a transaction, the client may be asked to provide feedback to help the CENTURY 21 System and sales professionals continuously improve. The affiliated agent's Overall Rating is an average of all ratings the agent has received. The specific survey responses shown were selected by the agent and were authorized by the client for display purposes.
Louis Parrino Ken A. | Seller Rating
May 2016
I would use his services again in a minute. He is proactive, intelligent and a real problem solver. Lou should be your Realtor. No question about it.
Louis Parrino Dominic Cosentino, Chica | Buyer Rating
November 2015
Lou was an amazing realtor and helped us find the place of our dreams.
Louis Parrino Cynthia, Park Ridge | Buyer Rating
October 2015
Lou is wise beyond his years.
Louis Parrino Jo Luedecke, Wisconsin | Seller Rating
September 2015
I first met Lou Parrino on the recommendation of one of my husband's clients. I had gotten together three different realtors to come to my mother's home and present to her. I let every realtor know that this is what I would be doing. The first realtor didn't show, The second Realtor went out of his way to tell us that we did not know anything and he would take care it.

When Lou came in he toured the three flat and took notes, and when it came time to sit down and discuss our options; he came in with a prospectus of the homes that sold in the area. He discussed what could do with a little sprucing up and how to make it more marketable. He then laid out a plan of action with his Prospectus and developed a marketable price from there. When He left he told us that he knew we had others to consider but that he was there to help us with the transition. If we hired him he would work hard to make it an easy one.

My mother and I discussed the three realtors and she agreed with me that he was the one that fit the bill. Unfortunately, life happens and my mother was taken ill. It took another six months before I could bring Lou back on to my team, and another four months to put it on the market. He knew that it was going to be a hard sell because of the circumstances and helped me get it ready legally.

Lou was there when I could not come from out of town to handle any issues that may have arose and gave a personal touch to all that he did for me. With his help we were able to get our three flat on the market with a fair price and sold it a lot faster than I would have thought possible under the circumstances of the sale. If you are working with a Guardian estate sale that has the courts involved then Lou is well versed in how to get it done. Lou was instrumental in selling the three flat. We Worked together with my lawyer in the sale to make it a smooth transition for the buyer. He helped my lawyer understand the market and how present it to the judge. He was cooperative in his role on my team and at times went above and beyond.

Lou was always willing to more for me. He recommended landscapers and even helped when the gas company needed to get into change the meter. It was refreshing to see someone willing to do more than he had to.
Louis Parrino Jason Trenkler, Hoffman | Buyer Rating
July 2015
My family and I were looking for a home in Illinois under a significant time constraint. Lou came to the rescue and provided friendly, knowledgeable and professional service that is second to none. Lou worked hard to ensure that our family could select, offer and move in to our new home in a timely manner. Lou has excellent follow through and is a true pleasure to work with! Thank you Lou!!!
* Some customers who provided a testimonial may have received a Starbucks gift card from their CENTURY 21 Sales Professional as a thank you for completing the customer satisfaction survey.
Refine Your Search