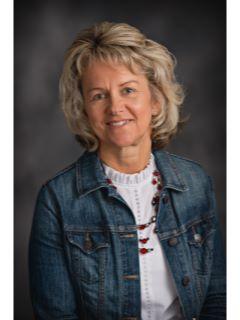 46 Ratings How is this calculated?
After the client and agent affiliated with CENTURY 21® Real Estate complete a transaction, the client may be asked to provide feedback to help the CENTURY 21 System and sales professionals continuously improve. The affiliated agent's Overall Rating is an average of all ratings the agent has received. The specific survey responses shown were selected by the agent and were authorized by the client for display purposes.
Locations Served:
Contact Agent

46 Ratings
After the client and agent affiliated with CENTURY 21® Real Estate complete a transaction, the client may be asked to provide feedback to help the CENTURY 21 System and sales professionals continuously improve. The affiliated agent's Overall Rating is an average of all ratings the agent has received. The specific survey responses shown were selected by the agent and were authorized by the client for display purposes.
Terry Duffy Nancy Hills | Seller Rating
November 2020
Terr Duffy was great very professional and extremely knowledgable! She helped me with everything I needed

I have dealt with a lot of real estate agents before and Terry Duffy is an agent I can highly recommend with no hesitation!

My house had an offer in less than a week
Terry Duffy Savannah Runstrom - Hayw | Buyer Rating
November 2020
Terry Duffy is a fantastic realtor and would recommend her to anyone in the area. She is knowledgeable, realistic, and works hard to accommodate requests. She makes a stressful buying and selling process feel more manageable.
Terry Duffy Rick And Jeanne Werenicz | Seller Rating
June 2020
Terry Duffy was great to work with. She listened to us to find out our needs and was always available by phone, text, and email. She stayed in constant contact with us. The virtual tour of our cabin and online advertising were excellent and generated lots of interest. The cabin actually sold in 4 days. We would highly recommend Terry to anyone looking for a realtor.
Terry Duffy Steve And Carolyn Keiste | Buyer Rating
October 2017
We thoroughly enjoyed working with Terry. She was knowledgeable of the real estate business. Terry returned emails and texts in a timely manner. What a personable realtor to have in the business. Terry would be on our no. 1 list for a future realtor in the area. Thank you.
Terry Duffy Jeremy & Heidi; Chatfiel | Buyer Rating
August 2017
Terry was awesome and we are so happy that we were referred to her! She went above and beyond during all interactions we had with her. Terry had so much information about the areas we looked at, along with the properties, which made our buying decision easier. Truly a great experience to have a realtor who cared so much throughout the process. Terry was absolutely wonderful to work with.
Terry Duffy Barb Kappel, Green Bay | Seller Rating
July 2017
She was very sweet and patient with my mother throughout the selling process.
Terry Duffy Dale Zwiefelhofer Chippe | Buyer Rating
May 2017
Terry was fantastic to work with. Great knowledge of the area & had good honest answers to our questions. Very responsive & prompt.s.
Terry Duffy Gary & Lynean Cronick, N | Seller Rating
May 2017
Quite frankly Terry was the one who wanted to work with us. About three years ago we contacted Century 21 and had a guy come out to the cabin that is now retired, his name may have been Jerry but unsure. He was very negative and stated that we had very little privacy and that the cabin was a knock down. Needless to say we moved on. The year we signed with Terry we took names off your website and contacted a young guy because he sent cards to us informing us about cabins sold on our lake. We had a date to be at the cabin and wanted to meet him there but he had other plans that day so we spoke to another lady and we set an appt. As we were driving up there she called and said that our cabin was probably only worth about $182,000 and had no garage so she saw no need to meet. She called back a short time later and offered to meet anyway but obviously we no longer had interest in her. We wanted to work with Century 21 but some of your agents didn't make it easy because they saw little worth to our property for the effort needed to sell. Terry showed genuine interest in working with us and quite frankly did a great job. Our cabin wasn't the greatest money maker for the agency but we appreciated the work done by Terry.
Terry Duffy Heather, Hayward | Buyer Rating
March 2017
I wanted to put an offer on a property, sight unseen, and Century21 was the listing agent. Terry was the person who called me back and wrote up the offer. When that offer fell through, I decided to continue working with her because she was great to work with. Terry was very understanding in that I was 200 miles away trying to do a home search. She came in on her day off so I could come and see more properties. She recognized when I was stressed about the details of the offer and financing, and she was a great communicator in those instances. I have already recommended her to a friend.
Terry Duffy Tim Haight | Buyer Rating
March 2017
Terry was most helpful, answering texts, emails and phone calls regarding property. While Terry was not representing us, we felt she was there as a reliable resource.

Great knowledge about area.
Terry Duffy Tom And Karen Hutton Win | Buyer Rating
January 2017
Terry Duffy was an answer to prayer as we had searched for several months for a retirement home on line.

We wanted someone we could trust. We had some communication with other Realtors and got the impression that they didn't have time for us or taking us seriously. Terry was recommended by a local pastor who has a church member that is pleased with Terry Duffy and Century 21 Woods to Water. So we gave her a call.

She is professional and friendly. She was amazing as she coordinated with our loan officer and the title company so we could close on the house the same morning we sold ours. People told us they thought you couldn't do that! Thank you Terry for a job well done.
Terry Duffy Fred Butler, Stone Lake, | Seller Rating
June 2016
Terry Duffy did an excellent job. She knew the area and knew our lake, and led us through the whole process seamlessly. I would highly recommend her as a broker.
* Some customers who provided a testimonial may have received a Starbucks gift card from their CENTURY 21 Sales Professional as a thank you for completing the customer satisfaction survey.
Refine Your Search