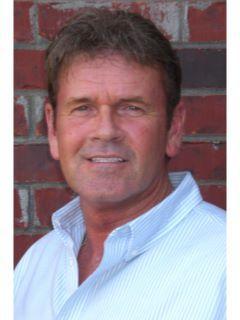 19 Ratings How is this calculated?
After the client and agent affiliated with CENTURY 21® Real Estate complete a transaction, the client may be asked to provide feedback to help the CENTURY 21 System and sales professionals continuously improve. The affiliated agent's Overall Rating is an average of all ratings the agent has received. The specific survey responses shown were selected by the agent and were authorized by the client for display purposes.
Locations Served:
Contact Agent

19 Ratings
After the client and agent affiliated with CENTURY 21® Real Estate complete a transaction, the client may be asked to provide feedback to help the CENTURY 21 System and sales professionals continuously improve. The affiliated agent's Overall Rating is an average of all ratings the agent has received. The specific survey responses shown were selected by the agent and were authorized by the client for display purposes.
Terry Sanders James Bryan - Southaven, | Seller Rating
September 2019
I grew up around real estate business. Terry is an example of what a great realtor should be. I would use him again without hesitation.
Terry Sanders Joe A -southaven | Seller Rating
May 2019
I couldn't be happier with the overall performance Terry displayed in selling my house. His knowledge and insight helped make filling out contracts and questionnaires a breeze. I was and still am surprised at the amount of foot traffic Terry was able to arrange through his marketing. Terry had everything planned from the termite inspection to closing, which made selling my house that much easier. I am more than satisfied with his performance and professionalism and would recommend Terry Sanders to anyone looking for a realtor.
Terry Sanders Nancy May | Seller Rating
October 2018
We were very pleased with our communications with Terry. He was very quick with keeping us informed with progress of sale. He was very knowledgeable, honest, and friendly, and kept us informed on every aspect. I would highly recommend Terry Sanders to my friends and family in the future!
Terry Sanders John Word Arlington Texa | Seller Rating
October 2018
Very meticulous and on top of everything. Terry kept in close contact and kept me informed each step of the way he also save me some money and did an outstanding job
Terry Sanders Dale Pickard, Tuscaloosa | Seller Rating
March 2018
Very professional employee. I have other properties I want him to list for me.
Terry Sanders Celeste, Olive Branch | Seller Rating
March 2018
Terry was very professional and easy to work with. He had a great gauge on the market and area.

but to have one to assist you in those trying days..call Terry
Terry Sanders Jamie Pearson: Olive Bra | Seller Rating
December 2016
Terry Sanders was great! He sold my property fast as got me a better deal than I think most other realtors would have... selling a home is a lot of work, but he made it easier.
Terry Sanders I. Thomas, Sardis Ms. | Buyer Rating
May 2016
While searching for a new home we called and talk to numerous Agents about our wants, concerns and needing to stay within a certain price range. All who we talked too and even met with to see houses, made us feel uncomfortable like we were on their time, From the first contact with Terry our agent, he made us feel like it was and is all about us being happy and satisfied with our decision, whether buying or not buying. He kepted in contact with us on a daily bases until we found a our home we are in now. Terry Sanders, Great Agent! No problem recommending him and Centry 21 to our friends and associates. Thank you Terry!
Terry Sanders Janice Hart-southaven | Seller Rating
April 2016
Terry was very helpful and kept me informed. I would definitely contact him if I needed a real estate agent again.
* Some customers who provided a testimonial may have received a Starbucks gift card from their CENTURY 21 Sales Professional as a thank you for completing the customer satisfaction survey.
Refine Your Search