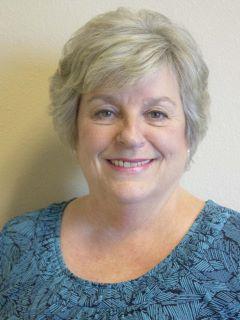 Terry has been a full time Century 21 Sales Associate since 1985 specializing in residential property. A consistent top producer, she is a Century 21 Centurion, a member of the Century 21 Masters Club and has been awarded membership in the Million Dollar Club. She has earned awards as the Top Referral Agent, Top Sales Associate of the month, and Top Lister of the month. She has served as Relocation Director and on the Board of Directors of the Century 21 VIP organization. She is currently a member of the Placer County Association of Relators, the California Association of Realtors, and the National Association of Relators, the Southern Alameda County Association of Realtors, and the Bay East Association of Realtors. All of these associations uphold a strict code of ethics and ensure that their members are continually apprised of the latest legislation affecting the real estate industry, the current trends in the sale of real property, and the latest marketing trendsand techniques. Her professional philosophy is to make every client 'a client for life' by working diligently to provide them with services that exceed their expectations. Friendly and knowledgeable, her professional guidence is respected by clients and peers alike. Her clients know that they can trust her to work completely in their best interests because she will not compromise on honesty or integrity. 'If my clients are willing to refer me to their family and friends, then I know I have succeeded in providing them with a level of service that was beyond their expectations!'

85 Ratings How is this calculated?
After the client and agent affiliated with CENTURY 21® Real Estate complete a transaction, the client may be asked to provide feedback to help the CENTURY 21 System and sales professionals continuously improve. The affiliated agent's Overall Rating is an average of all ratings the agent has received. The specific survey responses shown were selected by the agent and were authorized by the client for display purposes.
Locations Served:
Contact Agent

85 Ratings
After the client and agent affiliated with CENTURY 21® Real Estate complete a transaction, the client may be asked to provide feedback to help the CENTURY 21 System and sales professionals continuously improve. The affiliated agent's Overall Rating is an average of all ratings the agent has received. The specific survey responses shown were selected by the agent and were authorized by the client for display purposes.
Terry Stricklan Rob, Yuba City Ca | Buyer Rating
September 2017
Century 21 was recommended to me by USAA. Terry Stricklan was the broker who contacted me. She asked me about what I was interested in finding and what my timeline was. I could tell right off the bat that she was genuinely interested in helping me find what I was looking for. This held true throughout the entire process. She was very patient with me while I searched for the right house for me. She wasn't afraid to offer her thoughts and concerns of each house we looked at. Once I made my decision, she was all in. My priorities became her priorities and stayed that way even after the sale was complete. She was an absolute pleasure to work with.
Terry Stricklan Steve And Mary Baer, Mid | Seller Rating
August 2017
Terry helped us purchase the home via a "short sale" back in 2008. We were pleased with her then and decided to retain her when we decided to sell recently. She took a genuine interest in the home, did a thorough walk through prior to signing an agreement to list, and suggested things for us to do in order to get top dollar.

Terry had photos of the home taken and posted on-line. Three days later after an open house we received a full asking price offer. She didn't make any outlandish claims as to what the home was worth, but we sold it for more than what we originally expected.

Terry is a true professional in every sense of the word. I would recommend her to anyone in the market of buying or selling a home.

The support staff of Terry's always acted professional in all of their communications with us.

I couldn't be more pleased with this sale. From start to finish it took approximately six weeks.
Terry Stricklan Brandon Ford, Marysville | Buyer Rating
June 2017
Theresa Stricklan made this whole process easy for first time home buyers.
Terry Stricklan Paul W., Honolulu, Hi | Seller Rating
September 2015
Terry was willing to go the extra mile to help us sell our home. I am definitely grateful for all her efforts. I am active duty military stationed 5,000 miles away from the home we were trying to sell. Add to that my wife was eight months pregnant. Terry's knowledgeable professional demeanor gave us peace of mind throughout the process of selling our home.
Terry Stricklan Song Lee, Hayward | Seller Rating
August 2015
I'm very happy with the result and I hope I can buy a home through her again!
* Some customers who provided a testimonial may have received a Starbucks gift card from their CENTURY 21 Sales Professional as a thank you for completing the customer satisfaction survey.
Refine Your Search