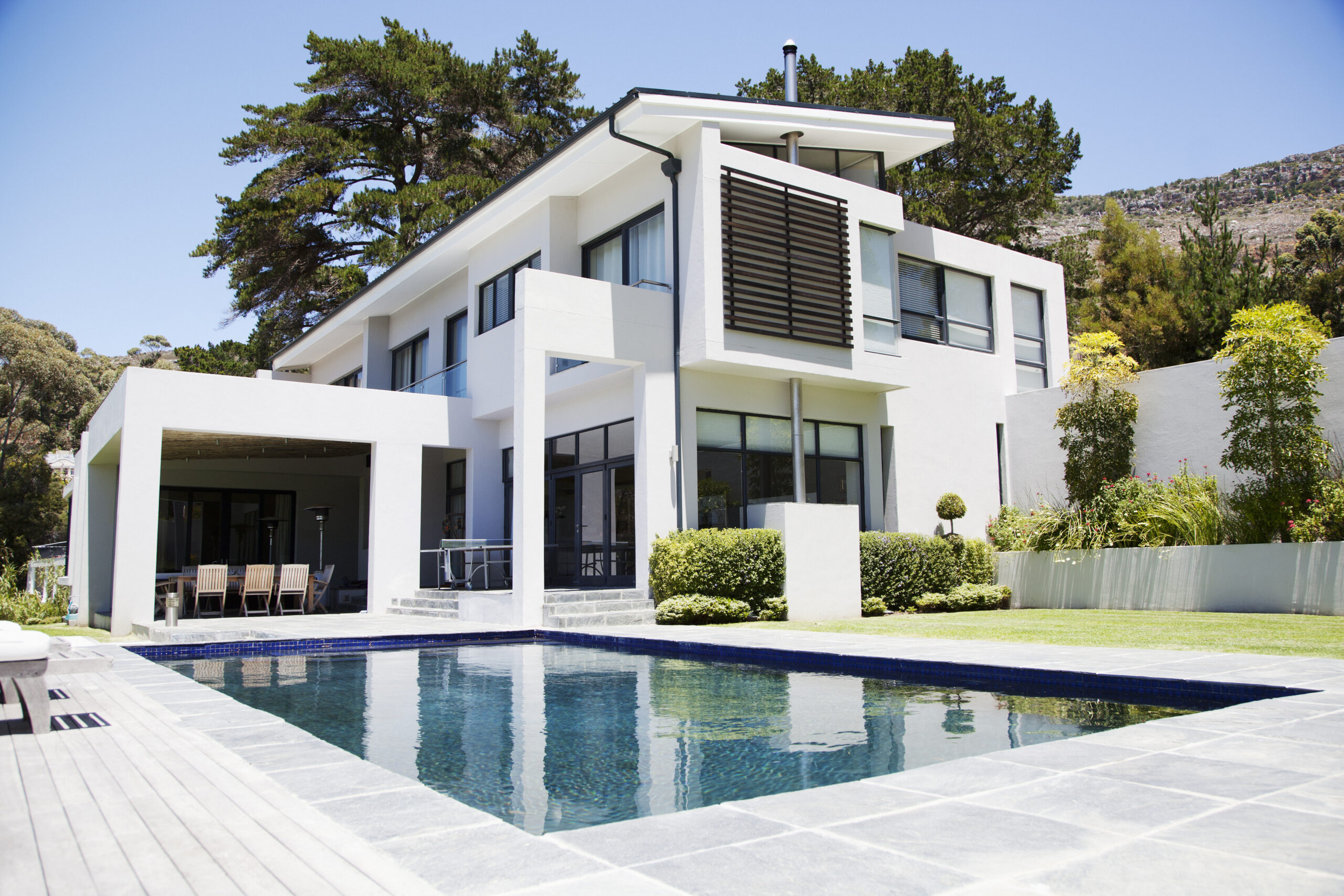 The unsung hero of a house, the roof is an essential construction and design element.

Though it sometimes doesn’t seem to be given as much consideration as other design elements, a house’s roof is a vital feature, both aesthetically and functionally. A roof is almost like a hat: some provide more shade than others; some are better for warm weather, and some are better for cold. Some are complex and trendy, while others are simple and straightforward. The difference is that you don’t need a hat to complete an ensemble, but you do need a roof to complete a house.

Compared with things like square footage, kitchen countertops and outdoor space, roofs sometimes sit low on the list of factors affecting home-buying decisions—but perhaps we should pay them more attention. There are countless designs, each with its own set of pros and cons. Different roofs are better suited for different environments, and each option offers various features that might affect how you enjoy your home. Here, you’ll find an overview of the roof variations that you’re likely to come across in your house search.

The earliest examples of the hip roof design date back to the 18th century, when the clean, handsome style was used atop buildings in the French Quarter of New Orleans. Compared with the gable, the hip roof is slightly more complex; instead of two slopes, the hip roof has four, which meet at points, or “hips.” This makes for a more wind-resistant design that is still capable of allowing water drainage, with the added advantage of a consistent, level fascia that enables full gutter installation around the house. A downside is that more seams and valleys mean more opportunities for potential water leaks to occur, but as long as the roof has been properly installed, this shouldn’t cause much concern. Aesthetically, the hip roof is favored by those looking for a bungalow or cottage look, and the design is said to potentially increase property value.

This classic structure, which is commonly found atop homes throughout the United States, consists of two roof sections that slope in opposite directions from a ridge. It’s a simple design, and one that has stood the test of time; gable roofs date all the way back to ancient Greece. Part of the reason that architects have long favored the gable roof is its functionality—the sloped design works as a drainage system that easily allows water or snow to run into the gutters, and the simplicity of the design means less potential for leaks and damage. Homeowners often favor a gable roof because of the amount of space it allows beneath—and because of its classic appearance.

In many environments, a gable roof is practical and sturdy, but in windy areas or those prone to hurricanes, they’re not always the best option. Under extreme conditions, the upper part of the roof can trap in wind that might build up and peel off roofing material—or even lift the roof from the frame of the house itself. With built-up snow and strong winds, gable roofs have been known to collapse. If gables are what you’re looking for, just ensure that you’ve inspected the quality of construction before you buy.

This roofing style is the result of the gable and the hip joining forces. The Dutch gable (also known as the gablet) comprises a shallow hip roof topped with a smaller gable roof, which allows for a greater amount of space (provided by the gable) and a sturdier structure with a gutter running the full way around (courtesy of the hip roof). The Dutch gable was first popularized during the Renaissance, and it made its way into Europe in the following centuries. A Dutch gable adds a little more architectural interest than a simple gable or hip roof, and with the addition of a window in the gablet, natural light is maximized. And while the paired constructions mean more materials and a complex design that takes more effort to build and maintain, the end result is striking and multifunctional.

Named after the French architect François Mansart, who was designing buildings during the baroque period of the 17th century, the mansard roof emerged crowning the tops of châteaus and grand townhouses throughout France. If you’re looking for some je ne sais quoi, the mansard roof delivers. The style is characterized by four roof sides that each contain two slopes, and decorative dormer windows. Devotees of this style love the extra space beneath the roof, which is substantial given the almost-flat upper slope and virtually vertical lower slope. The additional light from the dormers, better heat distribution and high-class look are other drawcards.

The design is not ideal for extreme weather regions; due to the flatter upper slope, the drainage system of the roof is not as efficient as compared to other, simpler options. Maintenance and repair costs can also be high due to the flat surface and the introduction of dormer windows.

As architectural styles evolved, roof design began to appear on some homes as their defining feature. The butterfly roof, although first used in 1930 by Le Corbusier in Chile, was popularized through mid-century modern design in Southern California in the late 1950s, and has been heavily associated with that movement in the years since—though it is still not particularly common. Also referred to as an inverted gable, the butterfly roof is named for its two surfaces that slope down from opposing edges to form a valley in the middle. The roof is appealing to home buyers for a few reasons, including its water-collecting design, and the taller external walls that support the higher edges of the roof, which allow for the installation of larger windows.

Butterfly roofs are notoriously difficult to build and maintain, and they can be pricey to install. They also don’t fare well with snow, which is why you’ll largely find this style in warmer environments like Palm Springs. But the aesthetic interest that comes from this silhouette is arresting, and perfectly suited to those who favor the mid-century look.

A persistent trend in modern design is simplicity and minimalism, and you can’t get much more minimal than a flat roof. And although they are now a marker of modernism, flat roofs have long been used in Middle Eastern building due to their simplicity, cost-efficiency and ability to keep out the sun’s heat. When roofing materials became more advanced, the style spread across Europe and into the United States.

Despite appearances, these roofs are not completely flat; they are designed with a slight pitch to allow water drainage, but they’re also flat enough to be used for a terrace or rooftop garden. A clean, crisp silhouette is achieved with a flat roof, allowing other features of the building design to shine.

The biggest drawback to a flat roof is the minimal slope as water buildup can cause damage, but advanced, modern roofing materials have largely solved that problem. These include single-layer membranes made of neoprene or polyvinyl chloride (PVC); modified bitumen, which gives durability and a rubber-like characteristic; and built-up roofing (BUR), which consists of several layers of materials designed to mitigate water infiltration.

The roofs that crown our homes have changed and adapted a lot over the years. Yet, whether your preference for roofing is a new architectural style or an innovative way of building, a roof will always have one central mission: to cover our heads.

Illustrations by Kane Grose. This article was originally published in the CENTURY 21 Fine Homes & Estates Magazine.