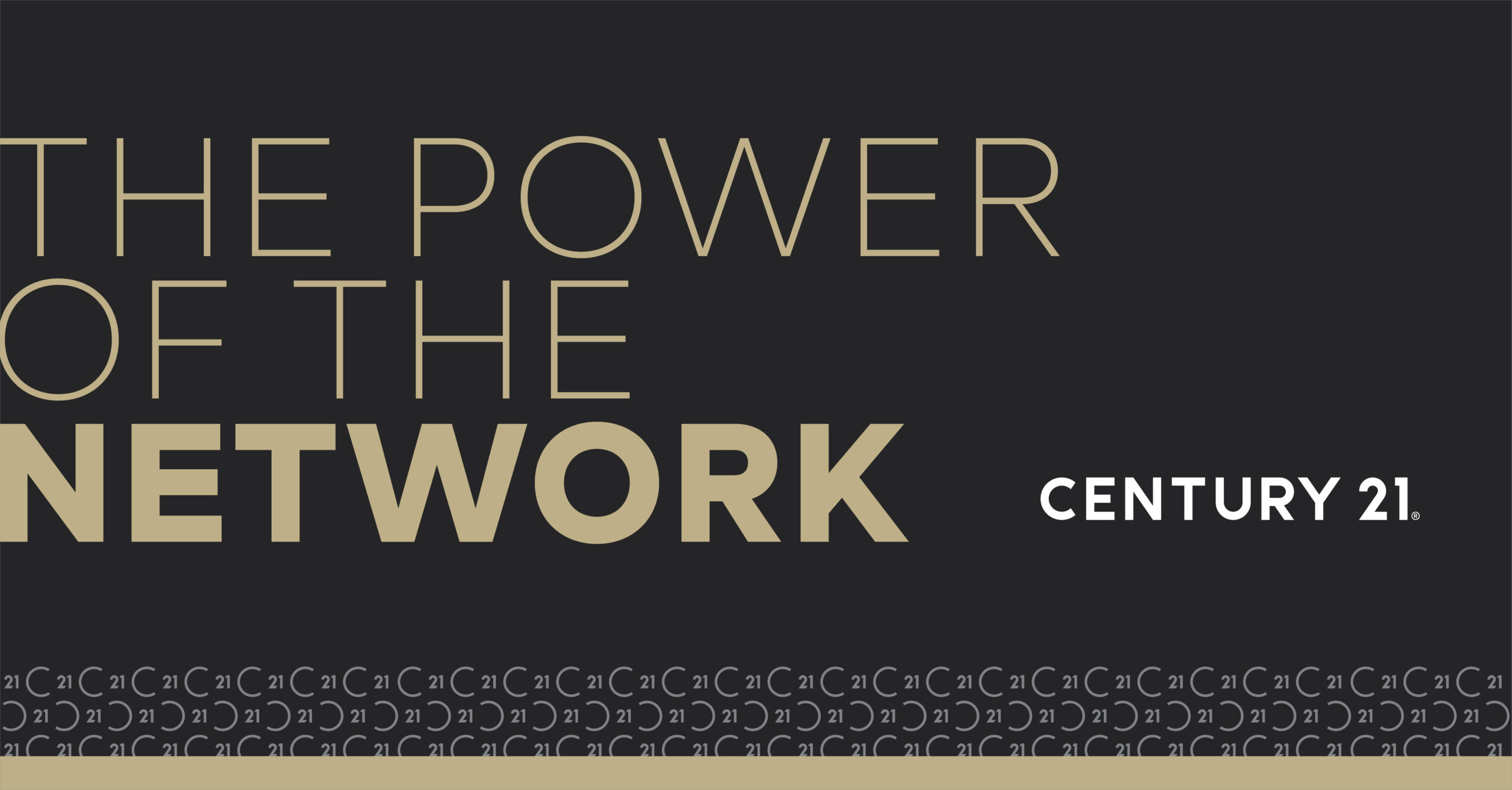 Being a part of the CENTURY 21® Network gives each broker and agent access to a host of tools, tech resources, training, marketing materials, and some beautiful branding. But time and time again brokers and agents alike emphasize the valuable relationships that they’ve built with others around the country as the reason why they love this gold brand so much. Since 1971, members of the CENTURY 21 Network have been able to turn to fellow real estate professionals around the world for support with running their office, managing their business, and navigating the ups and downs of the market. With knowledge gathered from coast to coast (and beyond), CENTURY 21 affiliated brokers and agents expand their skills, gain new insights and ideas, and defy mediocrity together.

FROM ALASKA TO NEW JERSEY

An unlikely relationship under any other circumstances, Jessie Hoff from CENTURY 21 JRS in New Jersey and Mike VanSickle from CENTURY 21 Gold Rush Alaska, text regularly. Whether it’s to discuss difficulties with a new agent, looking for help with a new lease agreement, or just to vent about the changing real estate market, the support that Jessie experiences from Mike in Alaska helped her to survive a tumultuous transition into office management.

Jessie began her career in real estate as an agent in 2005 at CENTURY 21 JRS. After attending the brand’s International Management Academy* in 2015, she began to transition into a manager-lite position in her office. Shortly afterwards, her broker and mentor suddenly passed away. The closely-knit office was thrown into chaos and struggled to pick up the pieces. Jessie began to lead the office but, “constantly felt like I was drowning.” With nowhere else to turn Jessie began to lean on the relationships that she’d just begun to build at CENTURY 21. “I felt so alone during that time, so in over my head.” Jessie attended as many brand events as she could, seeking out wisdom and advice from whoever she met.

And the CENTURY 21 Network did not disappoint. Fellow brokers gave tough advice, asked hard questions, and then offered to look through and fix up her contracts and documents. Emerging from years of navigating her company’s loss, Jessie attributes her success as now the company owner to the relationships that she has with other CENTURY 21 brokers – like Mike in Alaska.

The value of the CENTURY 21 Network has perhaps never more apparent than in 2020. As offices struggled to navigate the volatile market at the start of the pandemic, brokers were eager to share what they’d learned and resources that they’d compiled. CENTURY 21 president and CEO, Mike Miedler ran regular sessions for all brokers and agents where topics like transitioning to a virtual environment, market analysis, and mental health were discussed.

In early March, details were shared in one of these sessions on how to apply for agent and office funding via a PPP loan. The next day, the requirements changed. Melanie Banks and Ken Murawski, from CENTURY 21 Veterans in PA, created a YouTube video on how an agent should apply for their own loan and how they had completed the application as an office. Shared with brokers in their area, this tutorial went into details on how to enter agent wages, office expenses, as well as what to keep in mind when choosing a bank to apply through. The time and effort that Melanie’s video saved offices was invaluable as Real Estate had been deemed a non-essential business in PA. Local brokers came together for a weekly call where best practices were shared both while their offices were closed and then as the state began to re-open. CENTURY 21 Jackson Real Estate was located in one of the first counties that reopened in PA. They put together documents on how to run virtual open houses, as well as where to find compliant PPE for showing homes. Sharing knowledge transparently in real time helped PA brokers to survive months of uncertainty.

The connections formed between brokers across the Network are so valuable that some have created groups that regularly meet to share best practices and resources. In meetings of the CENTURY 21® broker-organized Broker Business Advocacy Association, members are able to be open and be vulnerable about the issues they’re dealing with. Sensitive topics like value packages and recruiting are frequently addressed with sample contracts, recruiting materials, and comp plans compiled into a resource center without fear of competition. The group’s president Fernando Semiao from CENTURY 21 Semiao and Associates in New Jersey states that, “Because of the diversity of the group, we’ve been able to clearly distinguish myth from reality in real estate, especially when it comes to our competition. This has helped us put together strong value packages, pulling pieces from each of ours to create the very best version that we couldn’t have made alone.”

Another significant benefit for Semiao are the referrals that he’s received from feeder markets in Texas, Florida, and North Carolina. In the last few years, he estimates to have completed almost 100 deals based on referrals from the group. Holding about 6 huddles each year, the originally regional group recently opened their doors to any broker within the Network.

“IF I HAVE SEEN FURTHER IT IS BY STANDING ON THE SHOULDERS OF GIANTS.”

The desire that brokers have to transparently collaborate and share with the CENTURY 21 Network is especially invaluable for growing companies. The top 100 female brokers recently created a group where they’re able to candidly discuss the trials and successes that they’ve experienced as women in real estate. While women make up 67% of real estate sales associates in the US, yet more men lead real estate companies as a broker-owner (NAR 2019 Member Profile.) The mentorship that the owners of the smaller companies in the group are able to access from women who run some of the most successful companies in the Network has radically changed their mentality towards the way that they’re able to grow their business.

Chrissie Wright, a broker from CENTURY 21 Wright-Pace Real Estate in Arkansas, recently posted on Workplace, the CENTURY 21 internal communications platform, searching for any advice on building a mortgage business in house. She had first been inspired to streamline the real estate process for her clients after attending a brand event focused on elevating the customer experience. “I’m trying to create a one stop shop. I’ve seen other C21® brokers do the same thing who found it very successful. Our markets and demographics may be different, but every consumer is looking for a seamless experience.” She began by bringing a closing company in house, choosing the final moment of the real estate process as her starting point. After successfully implementing the new process where clients physically come into her office to sign their closing paperwork, Chrissie was ready to take the next step.

Because of her post on Workplace, Chrissie connected with another CENTURY 21 broker who was looking to do the same thing. They are now researching together how to best bring a mortgage company in house. “The network is what keeps me here, the ability to build ideas off each other. Everyone is very honest and willing to share their opinions. They’re willing to tell about their success and failures. C21 has a lot of history and knowledge between the agents, brokers, and the corporate team that we can learn from and use as a guide.”

The insights and connections that brokers and agents gain access to simply by being a member of the brand might come freely, but their value is priceless. From the brokers just starting out to those looking to bring their business to the next level, there is someone who has been there before. The comradery, support, and transparency that’s the norm within the CENTURY 21 Network is exactly what makes it so powerful.

*The International Management Academy is a training program designed for CENTURY 21® Franchisees, Responsible Brokers, and Senior Management team members. The focus of the course includes recommendations on effectively leveraging the CENTURY 21® brand in order to position companies for growth including attracting and retaining agents and developing strong business strategies in 4 core areas: Recruiting and Retention, Agent Productivity, Agent Coaching and Development, and Company and Office Culture

Previous Article This Doesn’t Have to be Awkward
Next Article Working Together as a Team: Negotiating with Commercial Tenants During COVID-19