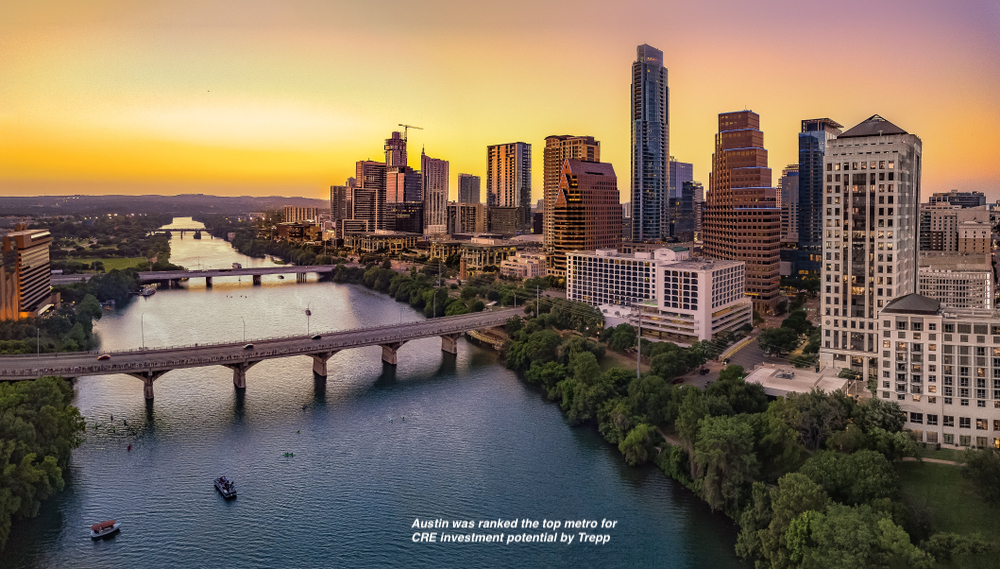 Which metro areas have performed best during the coronavirus pandemic?

COVID-19 has had a substantial impact on commercial real estate in top-tier metropolitan areas — particularly the gateway markets, many of which were forced to completely shut down businesses in an effort to control the pandemic. Most secondary markets suffered the same fate, but according to a recent report by data firm Trepp LLC, some fared better than others.

Trepp analyzed the performance of 21 secondary MSAs and created a list of the top 10 areas based on their commercial real estate investment potential. Here are the top five:

1.  Austin-Round Rock, Texas. Austin ranked first due to a high rate of population growth, a low unemployment rate, a strong influx of high-tech and warehousing jobs and an increase in new CMBS issuance.

3.  Denver-Aurora-Lakewood, Colorado. Denver saw the largest growth in the total outstanding CMBS balance as well as a low delinquency rate and limited exposure for retail and lodging loans.

4.  San Antonio-New Braunfels Texas. The MSA has had strong population growth and a minimal increase in its unemployment rate. The CMBS delinquency rate is low even though retail accounts for the largest balance.

Wondering which MSAs didn’t perform as well? The lowest-ranking secondary metros were Cleveland-Elyria, Ohio and Minneapolis-St. Paul-Bloomington, Minn.-Wisc. Both MSAs had high delinquency and unemployment rates.