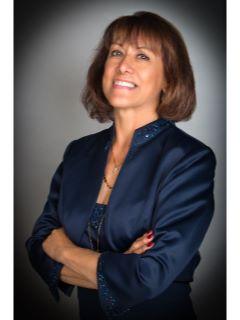 Rose Cervantes launched her real estate career in the early 1980s. At the time, interest rates for the average home loan had skyrocketed to 21 percent, making for a hostile business climate. Despite the inherent challenges of that market, Rose's career thrived. As an agent at a local office, Rose is a perennial top agent contender at the Diamond Bar office, with a 9-year #1 agent listing and sales streak. During that span, she never finished out of the Top 3 in company-wide production, out of 2100 agents. Later, Rose joined the another local real estate office, which shortly thereafter was transformed into Century 21. Rose's production doubled, selling an average of 70-80 homes per year in the late 90's, in the Century 21 system. George, husband/broker, and Rose, relocated to a new location in 2007, at which time they were recruited by Phil and David Romero, an innovative, team of young brothers and presidents of Century 21 Award. Rose is a perennial CENTURION, DOUBLE CENTURION and GRAND CENTURION recipient, awards reserved for the company's elite agents, nationwide and internationally. Joining forces with their own branch office in Chino Hills, and C21 awards, their commitment to technology, marketing, lead generation and superior training, it was a decision that poised Rose to keep her production soaring. With Century 21 Award office throughout Riverside, San Bernardino and San Diego counties. Century 21 Award is known for it's diverse group of agents with many languages spoken. On a personal note, Rose and George have been married for over three decades. They raised four sons, Sergio, Michael, Gregory and Nicholas, have two daughter-in-laws, Jane and Martha, and 3 grandchildren; Sofia is 7 years old, Mateo is 6 years old and Xander is 3 years old. Rose and George are also active members of local communities, actively supporting St. Denis Catholic Church in Diamond Bar, and St. Paul in Chino Hills also as bereavement facilitators, participate often in the Chino Valley Chamber of Commerce and several other fundraisers.

22 Ratings How is this calculated?
After the client and agent affiliated with CENTURY 21® Real Estate complete a transaction, the client may be asked to provide feedback to help the CENTURY 21 System and sales professionals continuously improve. The affiliated agent's Overall Rating is an average of all ratings the agent has received. The specific survey responses shown were selected by the agent and were authorized by the client for display purposes.
Locations Served:
Contact Office

22 Ratings
After the client and agent affiliated with CENTURY 21® Real Estate complete a transaction, the client may be asked to provide feedback to help the CENTURY 21 System and sales professionals continuously improve. The affiliated agent's Overall Rating is an average of all ratings the agent has received. The specific survey responses shown were selected by the agent and were authorized by the client for display purposes.
Rose Cervantes Liangzen Liu, Chino | Seller Rating
June 2020
Rose was excellent.

Chinos
Rose Cervantes Maximino Avalos | Buyer Rating
May 2019
After having to deal with bad experience from other agents, Rose Cervantes made me feel comfortable and welcomed! She did not pressure me into buying just any house, she made sure it was the right house for me. Rose, along with Frank, kept me up to date during the whole escrow process and made the process really smooth for me. As a first time home buyer it was a great experience for my family and I.

I honestly will say, I will miss the whole house hunting experience.

Thank you Rose and Frank for all the help in making a dream come true!!
Rose Cervantes Jane W., Rancho Cucamong | Buyer Rating
October 2015
Excellent real estate knowledge and negotiating skills. Smooth transaction and great service. I highly recommend the Cervantes Team.
* Some customers who provided a testimonial may have received a Starbucks gift card from their CENTURY 21 Sales Professional as a thank you for completing the customer satisfaction survey.
Refine Your Search