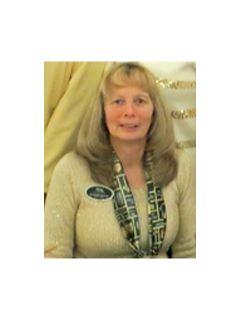 Originally from Ohio, Barbara is a Principal Broker in Oregon and has been servicing the Klamath Basin since 1998. Barbara has received Century 21 Northwest Regional honors, 2 Million Dollar Producer for 2010 and the Quality Service award. She specializes in residential sales and marketing. With Barbara's diverse experience in the Real Estate industry she is a benefit to buyers and sellers. In addition, as part of Barbara's strong belief is helping others. Give her a call today and get started on your Real Estate needs!

23 Ratings How is this calculated?
After the client and agent affiliated with CENTURY 21® Real Estate complete a transaction, the client may be asked to provide feedback to help the CENTURY 21 System and sales professionals continuously improve. The affiliated agent's Overall Rating is an average of all ratings the agent has received. The specific survey responses shown were selected by the agent and were authorized by the client for display purposes.
Locations Served:
Contact Agent

23 Ratings
After the client and agent affiliated with CENTURY 21® Real Estate complete a transaction, the client may be asked to provide feedback to help the CENTURY 21 System and sales professionals continuously improve. The affiliated agent's Overall Rating is an average of all ratings the agent has received. The specific survey responses shown were selected by the agent and were authorized by the client for display purposes.
Barbara Martin Mark And Dori Pace, Klam | Seller Rating
April 2018
Nothing about our sale could have been improved upon by Barbara! Both times we used Barbara Martin everything went smoother than we could have ever hoped!
Barbara Martin Nicole Maxwell, Klamath | Seller Rating
May 2017
Barbara was very professional, helped us show the home to potential buyers and other realtors while working through a tenants schedule.

She gave great suggestions to help us better promote our home and worked many late nights assisting us with questions.
Barbara Martin Todd | Buyer Rating
May 2017
Barb got me a great deal on an auction property.
Barbara Martin Todd Goebel | Buyer Rating
December 2015
Barbara follows through with she says she will do.
Barbara Martin Annemarie Palazzolo | Seller Rating
October 2015
Barbara was honest and helped me through the process on what to do and how to go about with recommandation. I initially had never dealt with any business transection before. She is a professinal in her chosen carrier and direction. I could not have obtained the same results on my own. Barbara was outstanding in doing all preparation and conclsion.

asked around with friends and relative for a good recommandtion and was diredted to barbara by name. My selection proved to be the best thing to do.

originally the house was in poor shape and needed major reairs, she recommanded to hire people that she had dealt with and the result showed good quality work, maintence and repairs. She recommended to do additional improvement when the house did not get many offers.Additional improvement added value to the house and sold within a reasonable time and a better price.

She demostrated confidance in what she was doing and brought forth positive responses with me and the help she hired.

It was a pleasure working with Barbara!
Barbara Martin Jamie O'connor | Buyer Rating
July 2015
Barbara was amazing! She would takes us to look at houses on the weekends and after office hours. I work nights so this was really convenient for me. Everything went smoothly and was not as stressful as I imagined
Barbara Martin Abby Say klamath Fall | Buyer Rating
June 2015
Barbara has been great and very helpful always there when I needed to ask a question. she has been a good friend
* Some customers who provided a testimonial may have received a Starbucks gift card from their CENTURY 21 Sales Professional as a thank you for completing the customer satisfaction survey.
Refine Your Search