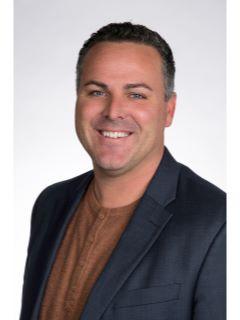 I was first licensed in 2001 and received my associate broker's license in 2005. I was named the 2018 REALTOR of the Year for the Southwestern Michigan Association of REALTORS at their Annual Awards Luncheon. I hold the professional designations of Accredited Buyer Representative (ABR), Graduate REALTORS Institute (GRI), and the certifications for Resort & Second-Home Property Specialist (RSPS) and e-PRO Internet Professionalism from the National Association of REALTORS. I have been an active member of the association, has served on the Education Committee for two years and chaired the Committee in 2014. From 2013 through 2016 I was a member of the Public Relations Committee. I served on the Governmental Affairs Committee in 2010 and in 2016 was elected Vice Chairman and in 2017 was the Chairman. Recently I was awarded the 2017 Most Effective Chairman Award for his work on the Governmental Affairs Committee. In 2016, I served as District 5 Director on the Board of Directors for the Southwestern Michigan Association of REALTORS and the Real Estate Information System of Southwestern Michigan. I have also served on the National Association of REALTORS RSPS - Resort & Second Home Real Estate Committee. Now this year, I have become an active member of the National Association of REALTORS State and Local Policy Committee. I am an MLS Production Award recipient receiving the Silver Award in 2011; the Gold Award in 2004, 2005, 2009, 2010, 2012 and 2015; and the Platinum Award in 2006, 2007, 2008, 2013 and 2017. I also received the Silver Life Membership in 2007 and Gold Life Award in 2010. I have served on the South Haven Township Planning Committee for 4 years with 3 of those years as Chairman. Own and operate Big Blue Beach Rentals, I am also a supporter of the Annual Hospice fund raiser and is an active member of the South Haven Chamber of Commerce and South Haven Yacht Club. I am an avid outdoors lover and you can find me on the water during the summer months when not working on real estate.

44 Ratings How is this calculated?
After the client and agent affiliated with CENTURY 21® Real Estate complete a transaction, the client may be asked to provide feedback to help the CENTURY 21 System and sales professionals continuously improve. The affiliated agent's Overall Rating is an average of all ratings the agent has received. The specific survey responses shown were selected by the agent and were authorized by the client for display purposes.
Locations Served:
Contact Agent