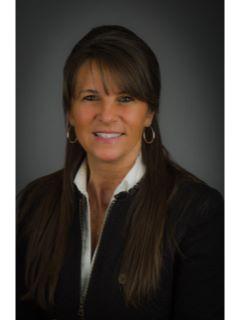 9 Ratings How is this calculated?
After the client and agent affiliated with CENTURY 21® Real Estate complete a transaction, the client may be asked to provide feedback to help the CENTURY 21 System and sales professionals continuously improve. The affiliated agent's Overall Rating is an average of all ratings the agent has received. The specific survey responses shown were selected by the agent and were authorized by the client for display purposes.
Locations Served:
Contact Agent

9 Ratings
After the client and agent affiliated with CENTURY 21® Real Estate complete a transaction, the client may be asked to provide feedback to help the CENTURY 21 System and sales professionals continuously improve. The affiliated agent's Overall Rating is an average of all ratings the agent has received. The specific survey responses shown were selected by the agent and were authorized by the client for display purposes.
Hollie Mercurio Sherry/ Michael & Chad B | Buyer Rating
November 2019
Hollie was very knowledgeable and what she didn't know about the property's she showed us she found out for us . Hollie also took into consideration of what we where looking for and what limits in searching we had made .

For our first time purchasing of a home Hollie was Great and if we ever were to buy again she is who we would go to hands down .

I can not complain at all about dealing with centry 21 or Hollie and don't think I would of changed the way the sale was handled .
Hollie Mercurio Chris Nguyen Plattsburgh | Buyer Rating
May 2018
my name is Chris nguyen , plattsbugh thanks to Hollie Mercurio recently helped me to find a house quick i am very happy
Hollie Mercurio Donna Oakes, Plattsburgh | Buyer Rating
July 2017
Hollie has done a fabulous job for us. She was always willing to visit a house more than once with us, so our children could be a part of the house hunting. She was very helpful working with us on the computer, and helpful in getting us any information we should need. I feel like we have made a new friend, thank you so much Hollie!

Hollie could not have done anymore for us than she did. She was amazing!
Hollie Mercurio F.s. plattsburgh,ny | Buyer Rating
January 2016
We were put in touch with Hollie automatically via a house inquiry we made on Trulia. She contacted us promptly via email, and we had a chance to speak over the phone. Based on that phone conversation, we immediately had a good feeling that Hollie would be the right agent for us, and this turned out to correct. (Other home inquiries on Trulia also put us in touch with other area realtors, many of whom we also spoke to. But we chose Hollie.)

We have nothing but the best to say about Hollie. She put up with us for 9 months, from April till January, and took us to see nearly 100 homes. I think we saw every home on the market in our town. Most of these visits were done on weekends, or after working hours. My wife is a physician, so Hollie's willingness to accommodate our tight schedule was greatly appreciated. We always felt like we had free-access to communicate with Hollie, and as closing drew near, there were several times when we were communicating as late as 1am!

Hollie always made us feel that we were the ones in control of our home search. We never felt any pressure, or ever felt like she was trying to "influence" us...something we have seen in many other agents out there. Because of this, we always felt complete trust in her, and this allowed us to really take her advice to heart when she offered it to us.

When it came down to the business side of negotiating and completing the sale, Hollie was shrewd in looking out for our best interests; prompt and thorough in the execution of contracts and documents, and clear in all communications.

We highly recommended Hollie Mercurio to others, and we plan to seek her services again soon to help my mom find a new home after she "downsizes" for her retirement.
Hollie Mercurio C.j. Balzaretti New York | Buyer Rating
October 2015
Hollie was extremely polite, professional, and helpful during my real estate purchase in Plattsburgh. She was always accessible and most importantly she was patient with me during the extensive process of finding the right investment for me and through the closing process. I would highly recommend using Hollie when looking to purchase a home in the Plattsburgh area.
Hollie Mercurio Donna And Bill Barcomb | Buyer Rating
July 2015
Hollie Mercurio is a great lady. Very easy to work with and always available to answer any questions we had. If she did not know the answer, she found it out. She is very professional and we would recommend her to anyone looking to purchase or sell their home.
* Some customers who provided a testimonial may have received a Starbucks gift card from their CENTURY 21 Sales Professional as a thank you for completing the customer satisfaction survey.