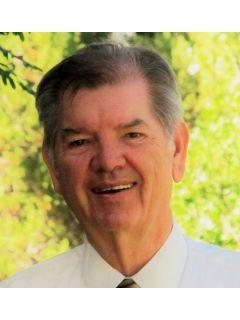 20 Ratings How is this calculated?
After the client and agent affiliated with CENTURY 21® Real Estate complete a transaction, the client may be asked to provide feedback to help the CENTURY 21 System and sales professionals continuously improve. The affiliated agent's Overall Rating is an average of all ratings the agent has received. The specific survey responses shown were selected by the agent and were authorized by the client for display purposes.
Locations Served:
Contact Office

20 Ratings
After the client and agent affiliated with CENTURY 21® Real Estate complete a transaction, the client may be asked to provide feedback to help the CENTURY 21 System and sales professionals continuously improve. The affiliated agent's Overall Rating is an average of all ratings the agent has received. The specific survey responses shown were selected by the agent and were authorized by the client for display purposes.
Clifford Pettingill Dean (resident Of Arizon | Buyer Rating
June 2019
Working with Cliff has been my best experience with any realtor as of yet... and I've had way too many poor experiences with other realtors in the past. I'm so very grateful to have now worked with a true professional, Cliff Pettingill. If ever I find myself in need of a realtor in the future, I'll most certainly look to Cliff before I even consider any other realtors. He is all you could ask for in a realtor. I'm terribly thankful for having been able to work with him... I can't say that enough! Century 21 is lucky to have him. Thank you, Cliff!
Clifford Pettingill Meg, Maricopa | Buyer Rating
May 2019
Was the best service possible. FINALLY a realtor working for us and with us, the old school way. Went above and beyond in service, we apprciated it so very much!

Pioneer Title was so accomodating, we had a branch in Maricopa and they worked seamlessly with the one in Show Low to complete our contract.

Made it easy and simple to transact via internet, I'm not so tech savvy but it was easy!
Clifford Pettingill Adriana Milic Phoenix, A | Buyer Rating
April 2019
Cliff is honest, knowledgeable and works for his client with good old fashion ethics.

As soon as I am able I will do more business with Cliff.
Clifford Pettingill Shannon, Show Low, Az | Buyer Rating
February 2019
Cliff was great when I bought a house with my (now ex) husband in 2010. I knew that he knew the area and real estate market extremely well, so that's why I went back to him. If I am ever in the market again, I will work with Cliff for a third time.
Clifford Pettingill Randy And Isun Baxter | Seller Rating
September 2017
Cliff was a great realtor and has become a friend over the numerous years and dealings we've had with him. He's always willing to go above and beyond.
Clifford Pettingill Kris, Show Low | Buyer Rating
August 2017
We chose Cliff on recommendation by his son, who we met several years ago when thinking of retiring in Show Low area. We weren't quite ready to retire then, but when we were ready we called Cliff's son. Cliff's son was no longer an agent or living in Show Low. He directed us to his father, Cliff. When we came to look at houses to buy, after putting our own home on market, Cliff was very thorough in making sure we had a wide selection to look at, and he spent most of one day with us. We fell in love with a new home, made our offers, & when all was said and done, bought the house we will live the rest of our life in. Cliff was here at the house in Show Low when we arrived to move in. He even helped us move in for a bit. No one could have been nicer or more welcoming to us.
Clifford Pettingill Mona Soza, Los Angeles, | Seller Rating
February 2017
Clifford Pettingill is a Sales Agent who you can depend on and trust.
Clifford Pettingill Malou, Showlow | Buyer Rating
November 2016
Mr. Cliff, always respond to our queries and concerns. He makes us feel he is always listening and very patient.

Mr. Cliff, listened and understood our needs. We did not feel we were his clients, we felt we were his family that he is helping to find a home.

We did not feel we were just another number, we felt a family/friend helping us. Even our kids liked him.
Clifford Pettingill Dave Kittle | Buyer Rating
March 2016
Cliff Pettingill is at the top the class in the real estate field and does everything possible to make sure that you are satisfied in all areas of the transaction.

I would recommend Cliff to anyone who is thinking about buying or selling property.
Clifford Pettingill Wallace L Richards | Buyer Rating
April 2015
Cliff was very helpful and attentive to what we said we were looking for and found us exactly what we wanted and helped us to obtain the property.
* Some customers who provided a testimonial may have received a Starbucks gift card from their CENTURY 21 Sales Professional as a thank you for completing the customer satisfaction survey.
Refine Your Search