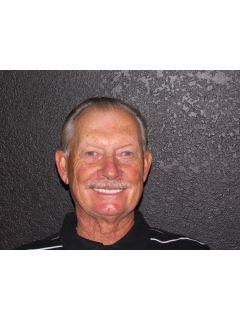 92 Ratings How is this calculated?
After the client and agent affiliated with CENTURY 21® Real Estate complete a transaction, the client may be asked to provide feedback to help the CENTURY 21 System and sales professionals continuously improve. The affiliated agent's Overall Rating is an average of all ratings the agent has received. The specific survey responses shown were selected by the agent and were authorized by the client for display purposes.
Locations Served:
Contact Agent

92 Ratings
After the client and agent affiliated with CENTURY 21® Real Estate complete a transaction, the client may be asked to provide feedback to help the CENTURY 21 System and sales professionals continuously improve. The affiliated agent's Overall Rating is an average of all ratings the agent has received. The specific survey responses shown were selected by the agent and were authorized by the client for display purposes.
Jerry Ballard Tom & Harriett Lee Alto, | Buyer Rating
August 2019
His knowledge of the area and kindness to us

Diane Beloat was fabulous and Jerry Ballard is always class act!!
Jerry Ballard A. F. Ayoub. El Paso , T | Buyer Rating
October 2017
I will always use Jerry Ballard in the Alto/Ruidoso area. He and the entire staff at Aspen Real Estate are great. Do your self a favor and get in touch with Jerry for your real estate needs in Alto/Ruidoso.
Jerry Ballard Larry And Darlene Sykes | Seller Rating
September 2017
We were very well pleased with Jerry Ballard
Jerry Ballard Ernestine Kipp, Las Cruc | Seller Rating
January 2017
Jerry was excellent to work with. He kept me informed, was easy to get in touch with, was a big help in the sale of my property. Yes, I would highly recommend him.
Jerry Ballard Leslie Zant | Buyer Rating
December 2016
Jerry got us what we were looking for and we were happy with the results
Jerry Ballard Tim Lewis, Quechee, Verm | Seller Rating
December 2016
I was living across country and Jerry did a great job keeping me informed and advising me throughout the process. He was great at steering me away from substandard offers and guiding me through the entire process. I truly appreciate all he did and would not hesitate to recommend him and C-21 Aspen Real Estate to anyone.
Jerry Ballard Ricky Davis alto N.m. | Buyer Rating
August 2016
Jerry is very personable and helpful. He was so helpful before and even after the sale, giving us contacts for local contractors, teaching us about indigenous plants for landscaping, etc. He really feels more like a local friend than just our realtor. Great guy!!
Jerry Ballard Hampton And Hetty Bryan | Buyer Rating
August 2016
Jerry is an extremely knowledgable realator who worked very hard, both in showing us different properties, and in making sure all documents inspections etc., were completed on time, i would highely recomend him to friends and family alon with the whole staff at CENTURY 21. We are very happy and satified customers.
Jerry Ballard Carol & Walt Singletary, | Seller Rating
September 2015
Jerry was great in every way.

His associate, Diane DeLoat, was also great to work with. Jerry's wife, Vickie, was a valuable asset to Jerry.

Jerry was wonderful in every way!

Jerry Ballard knows his way around real estate and can get the job done. In the Alto Lakes area, there's none better. That's why we picked him to sell our property.
Jerry Ballard Audrey West - 10200 West | Seller Rating
March 2015
I have known Jerry for several years, and have appreciated his expertise and knowledge. His sound business practices, sales record in the area, local knowledge, suggested marketing plan for my property, properly estimating the sale price of my property, understanding of my needs and requirements, and the fact that I had dealt with Century 21 previously helped me immensely in making my decision in the selection of Jerry and his team as my broker.

It is with pleasure that I highly recommend Jerry and his team to prospective buyers.
Jerry Ballard Andy P | Seller Rating

February 2014
Jerry was very professional.With me living out of town,he continually checked on the home and corrected any problems he found and informed me of any problems.Home needed some repairs after the inspection and Jerry handled everything,dealing with all the contractors.Most important,the home took three years to sell,but Jerry never gave up on it.He continually marketed it and checked on it.I was more than satisfied. 5.0
Jerry Ballard Steven S | Seller Rating

January 2014
Jerry is the best. It does not get any better than this. 5.0
Jerry Ballard William H | Seller Rating

November 2013
Jerry was an excellant real estate agent from start to finish. We noticed that he had several lisings in our area so we called him. We didn't know anything about him other than that. Were we lucky! We couldn't have asked for a better agent. We will not hesitate to refer him to our friends. 5.0
Jerry Ballard Mackey H | Buyer Rating

November 2013
I have dealt with a number of relators over the years and Jerry Ballard was the best. 5.0
* Some customers who provided a testimonial may have received a Starbucks gift card from their CENTURY 21 Sales Professional as a thank you for completing the customer satisfaction survey.
Refine Your Search