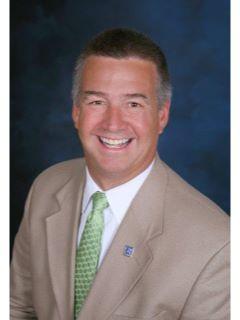 Mark Trenka is the broker/owner of CENTURY 21 Trenka Real Estate. A second generation REALTOR®, Mark worked in the automotive industry and in mortgage lending before joining the family business. Since taking on the leading role at the company, he has overseen more than 1000 transactions totaling over $230 million in sales. Individually, he achieved CENTURION® recognition in his first full year of affiliation with CENTURY 21®.

As dedicated as he has been to the success of his company and delivering outstanding service to his clients, Mark makes considerable time for leadership roles in real estate in Colorado. Currently serving as NAR (National Association of REALTORS®) Director and as a member of the MLS Issues and Policy Committee, he has served in a number of local roles including:

2017 Chair of the Colorado Association of REALTORS®

Mark's colleagues have honored his professional success and leadership by naming him Denver Board of REALTORS® Broker/Manager of the Year in 2010 and REALTOR® of the Year in 2011. He owns three DBR President's Distinguished Service Awards, nine Office Volume Production awards and the highest level rating for customer services, Platinum, from QSC (Quality Service Certification).

A loyal Colorado Rockies fan, Mark enjoys skiing and golf in addition to attending ballgames and collecting baseball memorabilia. He and his family live in the Walnut Hills subdivision of metro Denver where, of course, he has served several terms on the Civic Association's board of directors.