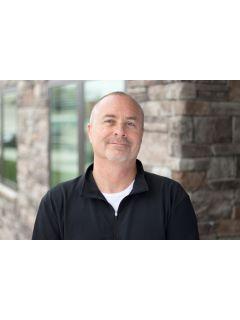 105 Ratings How is this calculated?
After the client and agent affiliated with CENTURY 21® Real Estate complete a transaction, the client may be asked to provide feedback to help the CENTURY 21 System and sales professionals continuously improve. The affiliated agent's Overall Rating is an average of all ratings the agent has received. The specific survey responses shown were selected by the agent and were authorized by the client for display purposes.
Locations Served:
Contact Agent

105 Ratings
After the client and agent affiliated with CENTURY 21® Real Estate complete a transaction, the client may be asked to provide feedback to help the CENTURY 21 System and sales professionals continuously improve. The affiliated agent's Overall Rating is an average of all ratings the agent has received. The specific survey responses shown were selected by the agent and were authorized by the client for display purposes.
Roger Wheeler Brandon Carson, Ames | Buyer Rating
December 2020
Rog has a great understanding of the local market and was able to work through what the property is worth today, and what it might be worth several years down the road from now. He worked through several rounds of negotiations with the seller, and he kept us in the loop every step of the way. We wouldn't have wanted any one else representing us on the purchase of our dream home!
Roger Wheeler Tony, Des Moines | Seller Rating
April 2019
I'll be a client of rog's for as long as possible. He does a fantastic all around job, and I appreciate his straight forwardness.
Roger Wheeler Greg Lande Ankeny, Iowa | Buyer Rating
January 2019
It is so nice to buy a house and Roger takes care of everything.
Roger Wheeler Joy Fopma | Buyer Rating
November 2018
Roger is a top notch professional who cares for the needs of his clients. He is a driven individual who will work hard to make sure everything is completed in timely standards. He is terrific and would recommend him to be your agent!
Roger Wheeler Neal Fobian, Huxley | Buyer Rating
December 2017
Roger was very professional and accommodating when it came to working to meet my family's needs and schedule.
Roger Wheeler Eric, Madrid | Seller Rating
September 2017
Had leads on our house before it even hit the market and was sold for full asking within 12 hrs of official listing!!!
Roger Wheeler John Foley. Des Moines, | Buyer Rating
August 2017
My wife and I had been given a 30 day window from the Department of Defense to move from Tampa, Florida to Des Moines, Iowa. On day one we were in contact with Century 21 and Roger Wheeler. We were not able to fly to Des Moines to do the house search but after a lengthy conversation with Roger, we decided to trust him 100%.

Roger viewed multiple houses with us via cell phones and computer and always added the pros and cons of each house he viewed. We eventually settled for a newly constructed home in SE Des Moines that had been built by Jerry's Homes. We submitted a bid that was accepted and subsequently completed all of the necessary paperwork to move into our new house when we arrived in Des Moines.

Roger was fantastic. He took all of the stress out of the house buying process and he did it while we were 1300 miles away in Tampa, Florida.
Roger Wheeler Kirk Hesse | Seller Rating
April 2017
Great service!
Roger Wheeler Tim Garrett, Polk City | Buyer Rating
February 2015
Rog was an outstanding Realtor. He was flexible, knowledgeable, punctual, trustworthy, and an effective communicator. We highly recommend him!
Roger Wheeler Patty Williamson | Buyer Rating
January 2015
This was a first time home purchase for my daughter and Roger was very attentive to her preferences. He paid close attention to comments about various properties we viewed to help find just the right fit. He was also very knowledgable and steered us through the difficulties of the foreclosure property that she chose. The smile on my daughter's face upon getting the house keys really says it all! I will be using Roger to find a property for me now.
* Some customers who provided a testimonial may have received a Starbucks gift card from their CENTURY 21 Sales Professional as a thank you for completing the customer satisfaction survey.
Refine Your Search