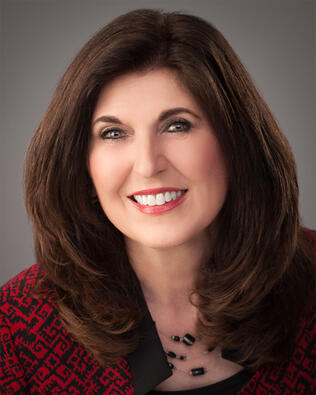 "Customer Service, Integrity, Professionalism, and Results" Sometimes the littlest things can make the biggest difference between a home that sells quickly for Top Dollar and one that languishes for months on the market. Helping you find a BUYER for your home and the right NEW home for your family in the time frame you want are my goals. Learn how your home can become accepted as a PREFERRED PROPERTY on the real estate market. When buying or selling, don't lose money because of something small! Sharon received a BS in Business Marketing from the University of Texas at Dallas, 1985. She has been in the sales field for twenty-nine years, joining CENTURY 21 Mike Bowman, Inc. in 2005. She has been a principle in Bateson Management Company in the area of residential home construction, specializing in custom homes. Sharon has the expertise necessary to assist you with the purchase of a new or existing home, or with the construction process of the new home of your dreams. Our homes are one of our most valuable possessions. Apart from health, family, and friends, there simply is nothing else that compares to the experience of home ownership. The true measure of a successful real estate transaction is the degree to which my clients are satisfied. I ensure your satisfaction by addressing every detail. .. large and small with optimal results through maximum market exposure, keeping my clients informed throughout the sales process, effective negotiation of the selling price, and organized completion of the transaction. Whether you're buying locally or relocating across the country, our agency offers a full range of services to assist all of your needs. When buying or selling your home, turn to Sharon Bateson, an experienced real estate professional in the Dallas/Ft. Worth real estate market. Multi Million Dollar Producer - 2012, 2010, 2008, 2007, 2006 MASTER Ruby Award - 2012, 2007 Ranked in Top 21 Agents - Century 21 Mike Bowman, Inc. - 2007 2007 Ranked in Top 100 Century 21 Agents in the North Texas Region PACESETTER-GOLD AWARD for outstanding Sales Achievement Performance January - June 2006 RECOGNITIONS: * Top 15 Agent - November 2012 * Top 10 Agent - October 2012 * Top 10 Agent - August 2012 * Top 10 Agent - April 2012 * Top 21 Agent - March 2012 * Top 21 Agent - February 2012 * Top 21 Agent - October 2011 * Top 10 Agent - April 2010 * Top 10 Agent November 2009 * Top 21 Agent - October 2009 * Top 10 Agent - August 2009 * Top 21 Agent - February 2009 * Top 10 Agent- March 2008 * Top 21 Agent- December 2007 * Top 21 Agent- November 2007 * Top Listing Agent - November 2007 * Million in a Month - November 2007 * Million in a Month - October 2007 * Million in a Month - September 2007 * Top 21 Agent - July 2007 * Top 21 Agent - May 2007 * Top 21 Agent - October 2006 * Top 21 Agent - June 2006 * Top Closing Agent - June 2006* * Top Closing Agent - May 2006* * Top Producer - May 2006* * Top Selling Agent - April 2006 * Top Producer - April 2006* * Top 10 Agent - March 2006 * Top Listing Agent - February 2006* TESTIMONIALS: We love our new home! Your guidance and counsel proved invaluable in choosing the best house for our family. The kids and cats are happy, and Chris and I couldn't say thank you enough for all your help in making it possible - and faster than we ever expected! - Vanessa & Chris D. Sharon was an absolute pleasure to work with. She was very knowledgeable, helpful, and thorough in her explanations. She does an excellent job taking first-time home buyers step-by-step through the home buying process all the way from beginning to end. We will certainly recommend her to our friends and family. - Adam & Amanda S. I had a wonderful experience working with Sharon. She always worked at keeping me updated on everything and she always listened to my needs and concerns. she helped me find a house that I love! I would DEFINITELY recommend her to anyone! She is great! - Melanie VP. Being first time home buyers, the process seemed very dau

Get in touch with Sharon Bateson