On behalf of CENTURY 21 Allstars, I would personally like to thank you for your visit and your interest in our real estate company. I find it a pleasure and a compliment that you would take your time to inquire about our internationally recognized real estate organization. CENTURY 21 Allstars opened for business in March 1988, in the city of Norwalk, CA under the leadership of Broker/Owner Joe Villaescusa. We operated and conducted our new business in less than 1,000 square feet and, at that time, employed only one agent. Within the following two years, we had grown to over fifty Realtors and increased our office space. In 1994, we moved to a second location in Norwalk as we had outgrown our original location. CENTURY 21 Allstars was and remains a landmark in the southeast market. CENTURY 21 Allstars has annually been recognized nationally and internationally as an award winning Centurion Office since our second year in the business and the recipient of The Grand Centurion Award from 1995-2017, a prestigious award that only the top one percent of all offices in the CENTURY 21 System have earned. We are acclaimed for, not only our premiere residential and commercial real estate service, sales and production but, for the charitable work - Easter Seals - and community service we take pride in providing to the communities we serve. Our Allstars team recently helped build a home for a local family with Habitat for Humanity, former President Jimmy Carter's personal cause. Despite the critical real estate downturn during the past several years, CENTURY 21 Allstars actually increased our sales production and continues to lead the industry with one of the highest real estate market shares in the nation. Currently, CENTURY 21 Allstars owns and occupies over 23,000 square feet in a world class facility in Pico Rivera, a facility that is rivaled by none. With a professional team of over 250 Realtors, three full-time office managers, a recruiting manager, and a support staff of nine, CENTURY 21 Allstars has a client loyalty satisfaction of 98% based on the CENTURY 21 Customer Service Survey. While CENTURY 21 Allstars is an organization that is cutting edge and technologically savvy in the real estate industry, we never forget that our true commitment is to provide each and every consumer with unprecedented excellence and service. Thank you for the opportunity to speak with you and we hope that you will consider CENTURY 21 Allstars your future place of business. Joe Villaescusa, Broker/Owner 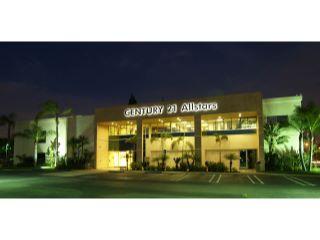